A virtual reality-game with frisbees where your whole body is in vr. We saw this concept before in The Netherlands with VRee, but the Polish company Hyperbook gives it a little twist. Their frisbee game with grenades is called Hyper Arena VR and it releases soon on Oculus Rift and HTC Vive. Hyperbook also sells custom made laptops. A broad business practise indeed.

Experience
Developer Hyperbook is determined to make Hyper Arena VR a successful esport. Their last virtual reality-game REGENESIS Arcade is a wave shooter which got pretty positive reviews. REGENESIS Arcade is on Steam in a free and a paid version. Hyperbook steps up their game with multiplayer in vr. 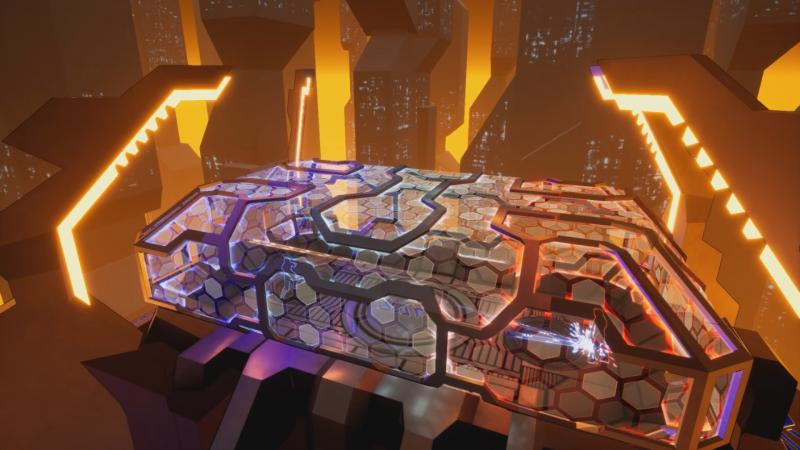 Whole body in vr
To simulate your body in vr, Hyperbook gives players an extra sensor on their waist and one on each foot. This is enough to simulate the movements your body makes. It’s less accurate than the VRee-system, used in Exodus Burned, but it’s cheaper and it gets the job done. 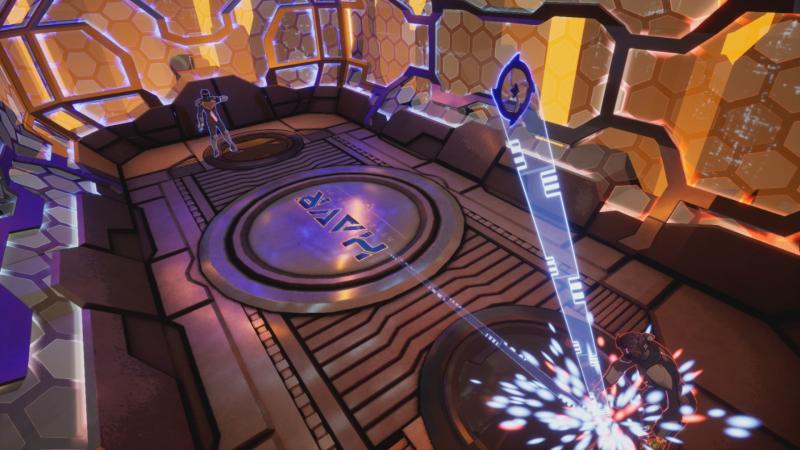 Gameplay
You are locked in a virtual cage with your adversary and you can throw frisbees at each other. The frisbees can bounce off walls, the ceiling and the floor until they reach the end of the cage. This is not unlike a three-dimensional airhockey-table (or a three-dimensional game of Pong for the seniors among us). Your opponent can defend himself by summoning a shield out of his controller. Another button generates grenades from time to time. As one knows grenades do damage to a whole area of effect, but they also detonate with a delay. If you are quick enough you can throw or kick back the projectile in time. Hyper Arena VR is a hectic game for goal getters.

PoeHao was able to play the game during the Intel Extreme Masters. In this version there were only grenades and shields, but as of now there are more weapons and gadgets available. Besides the added blasters, you can also power up your arsenal. 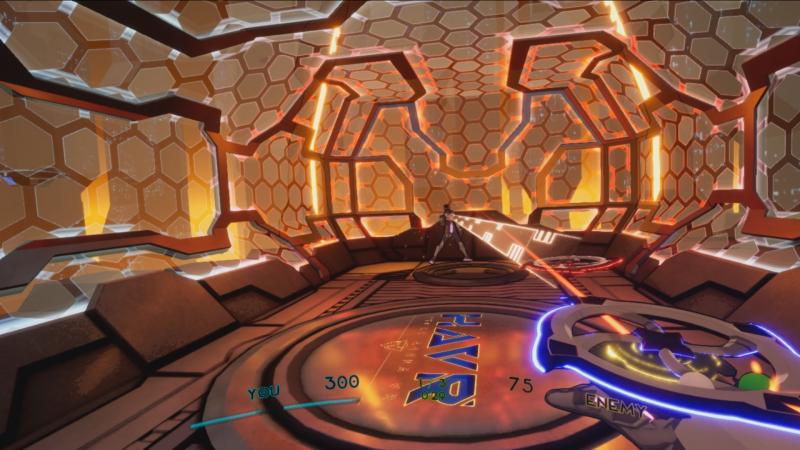 Challenges
Hyper Arena VR is a lot of fun and has potential to become a hit. This does depend a lot on the community. Virtual reality is not yet very popular and PvP in vr is very demanding on your internet connection. Lastly I don’t know if the game has enough game modes to keep the public entertained. Hyper Arena VR comes out soon on Steam. Hopefully quickly followed by the first tournament.

Casemod
Hyperbook’s dreams go much further than esport and virtual reality. They also sell custom made laptops, tailored to the whims of the customer. This clarifies their name Hyperbook as well. At their stand on Intel Extreme Masters they showcased nice laptops and a bizarre casemod next to their vr-games. Casemodder Marcin Piszczek recreated a Mercedes AMG V8 engine from mostly asus rog-parts.

Laptop parts on a buffet
It’s quite a challenge for a small company to make games as well as selling hardware. Hyperbook is confident in their future. The concept of custom laptops is simple and ingenious at once. You pick a base model and customize each aspect to your liking. A sturdier graphics card, an extra hard drive, less RAM, which version of Windows, you decide. You can go completely overboard in your demands, but that also drives the price up. As you are ordering from Poland the prices are relatively low, but keep in mind you also have to pay for shipping. Pick and choose your laptop here. 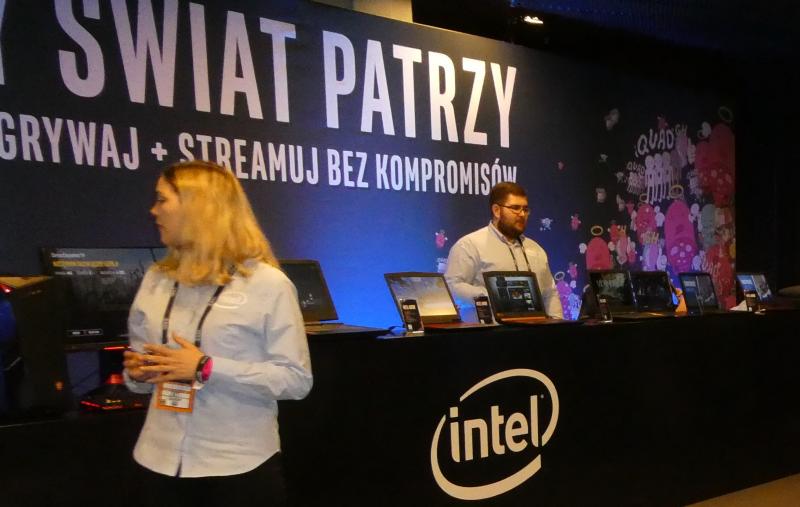