At Gamescom in Cologne we got a presentation of Windjammers, which is odd. The game was released in 1994 and at the prestigious EVO championships theirs was an esport league for it. How come?

Windjammers  first got released in 1994 in arcades and on the NeoGeo console. It’s a mix of a fighting game, frisbee and airhockey. Last year Windjammers got a port on PlayStation 4 and PlayStation Vita by French developers Dotemu. The 23th of October Windjammers will also be available on Nintendo Switch. The ported version of Windjammers also makes it possible to compete online. Thus the Windjammers Flying Power League was quickly founded. They managed to get a spot at EVO 2018. Watch how the best esporters in the world play Windjammers on the big stage:

Windjammers is very easy to learn, because there are only two buttons and a joystick at your disposal. Object of the game is getting the disc behind your opponent. If you hit the small red zone you get extra points. You can throw the disc, with or without effect, give a lob, and do supermoves. Every character has three personal supermoves and there are six characters to choose from. These range from light (and fast) to heavy (and strong). 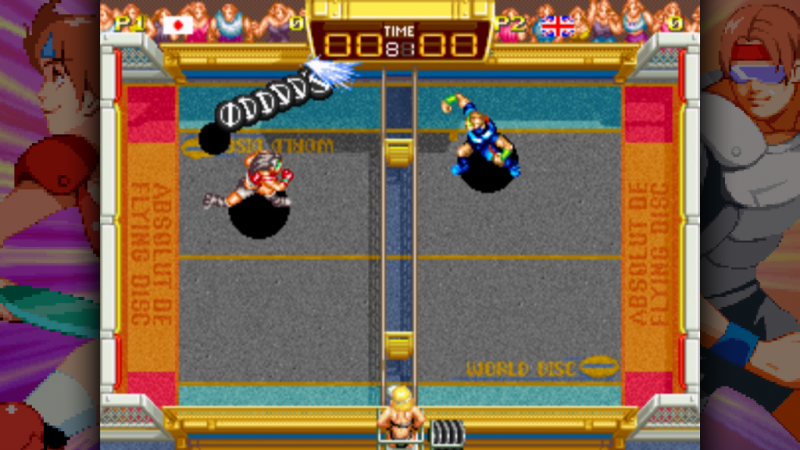 To make the game more engaging there are also six very different arena’s. Some are bigger, some have poles to redirect the disc, some have strange rules, like an enlarging red zone. If you get the disc behind your adversary, you are awarded three points. Hitting the red zone gives you five, whilst dropping the disc on the ground gets penalised by two points. The standard clause to win is getting twelve points or who has the most points after 99 seconds. You can change this setting if you want to, but this is what the esporters use. 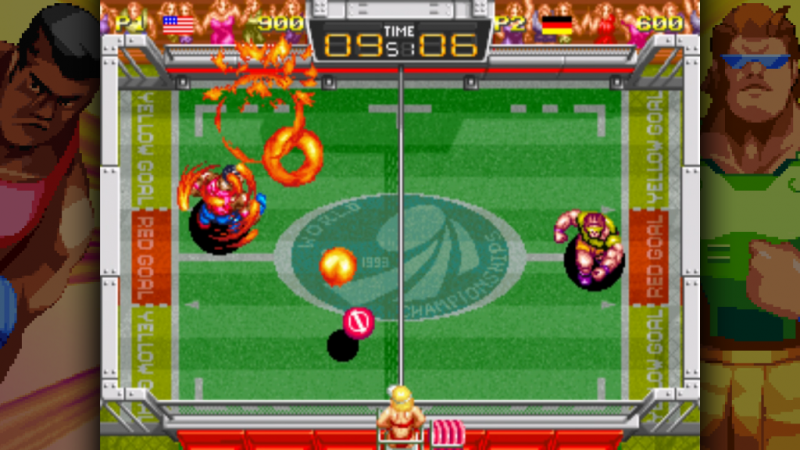 At Gamescom we could try out the Switch- version already. This taught me a lot about Windjammers, especially that timing is key. When pressed at the correct moment from the right spot you can stop every supermove. Slower reflexes are punished severely. Button mashers have no chance in Windjammers, but skilled players do. 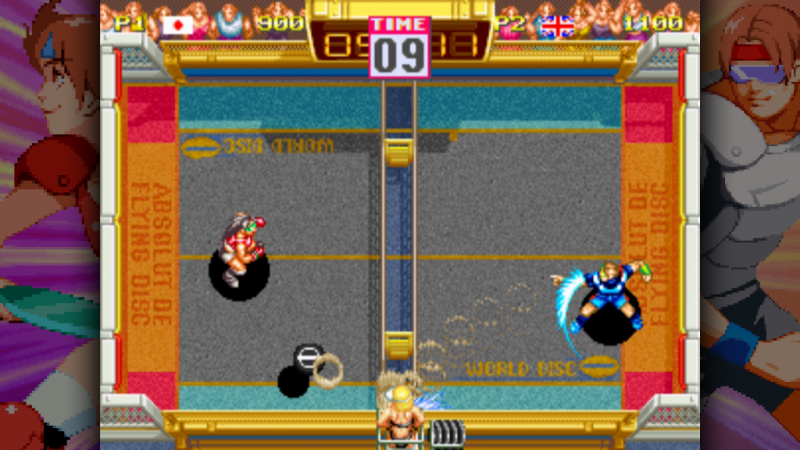 There are also two minigames: Dog Distance and Bowling. In Dog Distance you throw the disc, then control your dog chasing it. The dog has to avoid obstacles and jump barricades in his pursuit. Bowling is the game you know, where you try to knock over nine pins with your disc. You can thankfully use the sides for extra skill.

Dotemu wants to improve on their success and showed us a really early build of Windjammers 2. There were only two characters to choose from and the gameplay is largely the same as the original. The art style has been pimped though, the supermoves are very different and it looks streamlined. Dotemu is working closely with esporters and their community to decide what to put in Windjammers 2. What kind of different persona’s, what kind of arena’s or minigames, it’s all up for discussion. 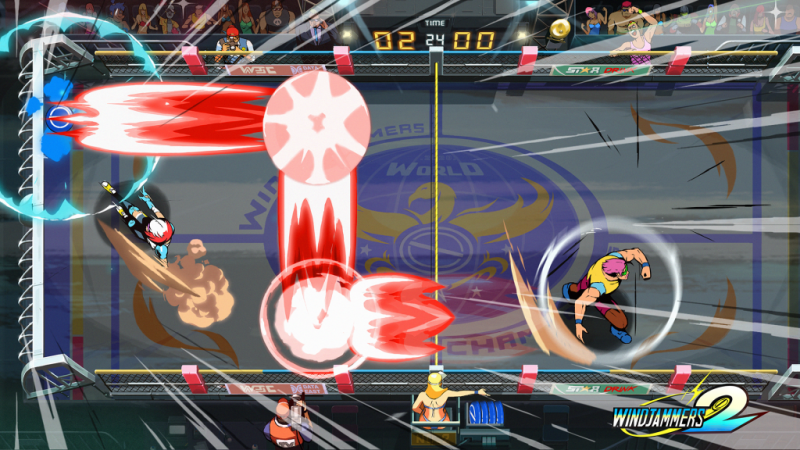 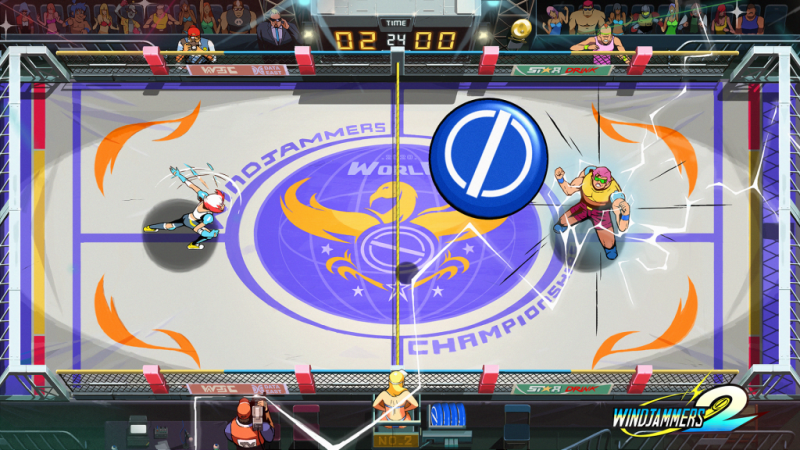